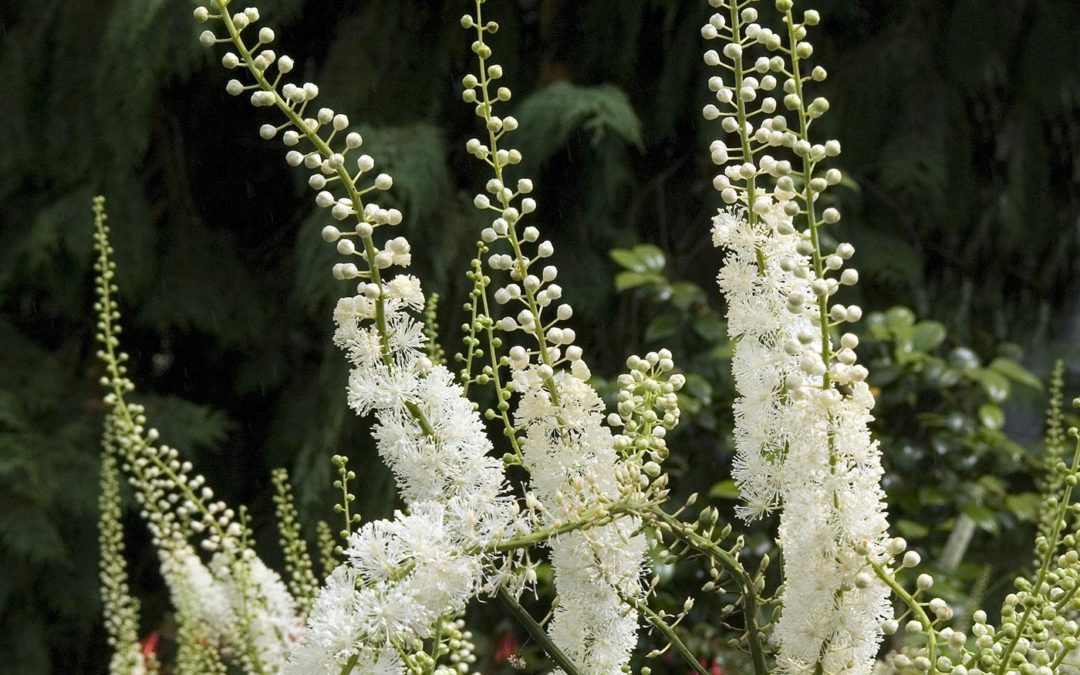 Black cohosh has been used for centuries by Native Americans and the Chinese.

In the West, Actaea racemosa and Cimicifuga racemosa are the commonly used species. In China, Cimicifuga foetida (Sheng Ma) is used.

Both have similar properties and are commonly used to treat gynecological disorders from menstrual symptoms to menopause, and even aid childbirth. The Chinese variety (Cimicifuga foetida), called sheng ma, is also used to vent early stage measles. It is considered a guide herb to the upper body and is therefore found in formulas for treating cold and flu symptoms that include chills and fevers, headaches, and coughs.

Both the Western or Chinese varieties are important herbs for treating female disorders.

Did you know studies have found the herb to have a positive impact on PCOS (Polycystic Ovary Syndrome), even matching the treatment of the pharmaceutical agent it was tested against?

And another study found that black cohosh works as well or better than the synthetic steroids used to treat benign uterine fibroids.

Black cohosh, find out more about the Western and Eastern varieties! While similar, they are different too.

Black Cohosh (Sheng Ma), find out more about the Western and Eastern varieties! While similar, they are different too.