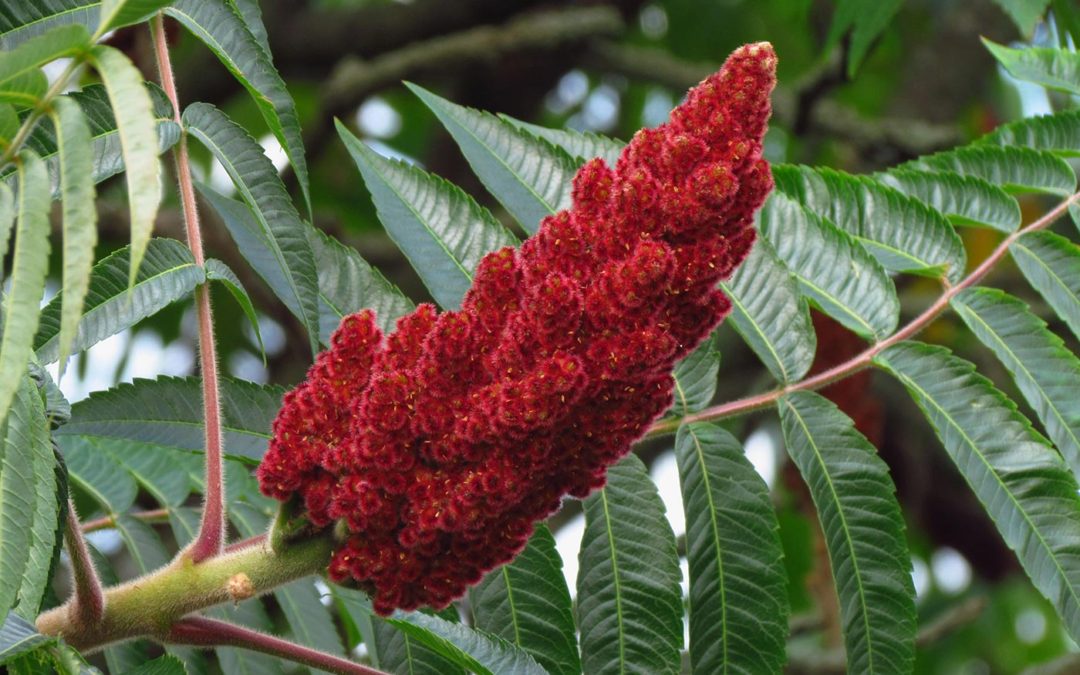 Sumac is a wonderful plant. There is the Western variety, Rhus typhina (you may also come across R. hirta or R. coriaria, all these varieties have similar properties) and there is the Eastern, Traditional Chinese Medicine (TCM) variety, called Chinese sumac (Wu Bei Zi/R. chinensis).

The Western varieties make use of the plant’s leaves and red berries and the TCM variety is actually a gallnut formed by the insect Maliphis. Eastern or Western sumacs are astringent, anti-inflammatory, and contain powerful antioxidants.

Chinese sumac is similarly used and is also famous for its ability to Clear Damp, supporting kidney and immune system functions. It is commonly used to treat kidney or bladder infections.

Here are a few facts about sumac (Eastern or Western!):